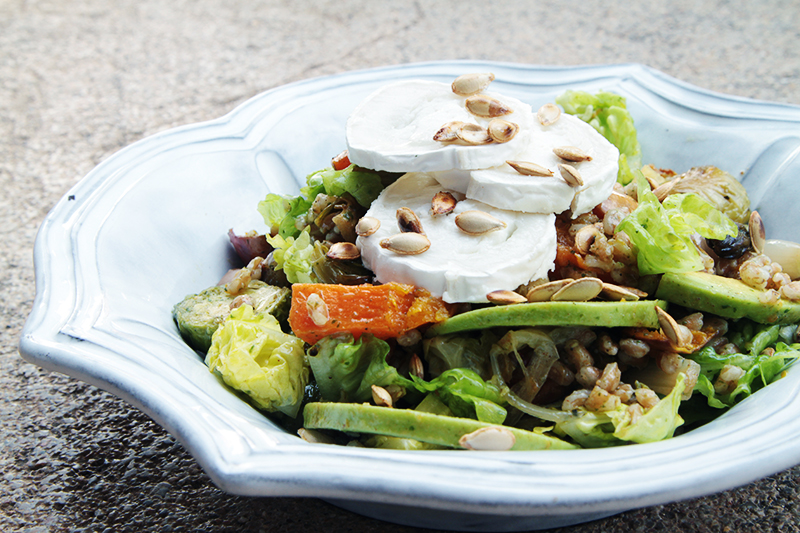 To be honest, I am not the greatest fan of pumpkin recipes, (except for a great soup with coconutmilk and lime, which I promise to make soon, if you can handle one more P** recipe) especially not when everyone is bombing you with it online.

But the thing is, they literally lay everywhere, and it feels kind of stupid to ignore them, just because it’s an autumn hit, and I have an explicit principle against over-populair things. So yes, I bought one. And I bought some Brussels sprouts too, which laid next to them. The first thing that came into my mind was: my kids probably will hate me. But the second was: who cares. Whatever I make, there is always at least one complaining, so don’t bother, just buy the thing and bake the hell out of it! And so I did. You can imagine it was a great challenge. Because I also had to convince myself this was actually a good thing! 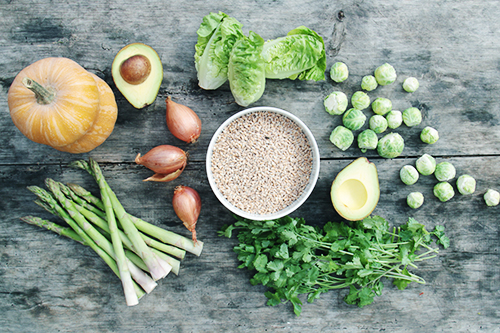 I roasted it with a bit of olive oil and cumin, which was not bad at all! And also the sprouts got in that oven, and alltogether I must say, turned out to be quite allright! So if you haven’t thought of your spooky halloween dinner tonight, I guess it won’t be hard to find the ingredients for this easy tasty farro-salad recipe! With roasted pumpkin of course! Enjoy!

If you like you can roast the cleaned pumkin seeds you took out by roasting them in a small pan with a drop of olive oil on low heat until they begin to ‘pop’. Mix them with a bit of salt when ready.

There you go! Happy Halloween! :-)